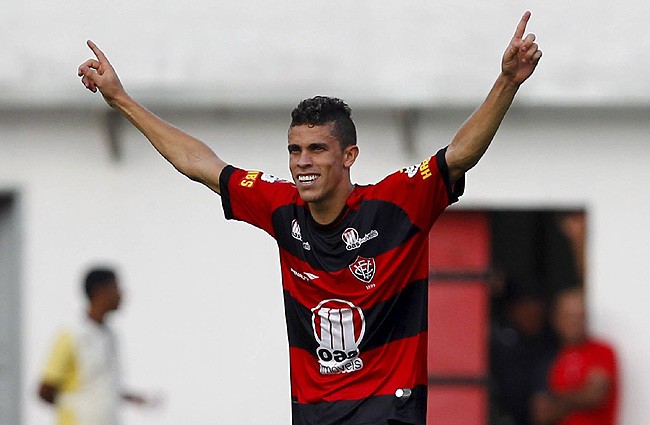 It appears that the Arsenal career of Joel Campbell could be coming to a temporary halt with reports today stating that the agent of the player is at the club’s training ground to discuss the future of his client. The Mail reports:

Joaquim Batica, Joel Campbell’s agent, has been at Arsenal’s training ground today to discuss potential loan offers for the striker

He’s only made ten appearances for the club this season and we always thought that he might struggle at an elite level club with so many top creators. The same source says:

Campbell though does have a lot of interest including that of Villarreal who have Arsenal target Gabriel Paulista.

This last part could be interesting. Arsenal manager Arsene Wenger has admitted publicly today that he is keen to bring Villarreal centre back Gabriel Paulista to the club before the end of this window and it’s an obvious notion to link the two deals.

Wenger sometimes appears apprehensive to spend top dollar on defenders. And with the two clubs apparently at loggerheads over a price for Paulista, the option of Joel Campbell moving the other way – permanently or on loan – could be a real sweetener for the deal.

Beyond that Arsenal may have problems getting a work permit for Paulista who was born in Brazil but has never appeared for the national team at the age of 24. You do wonder why Arsene has left it until he last third of the window to decide on a player who could have major issues getting clearance to play in this country. Is there really no other EU citizen out there that the Arsenal coach fancies for the back line?

Anyway, enough Wenger bashing for today. Let’s have a look at Paulista in action and see what all he fuss is about.