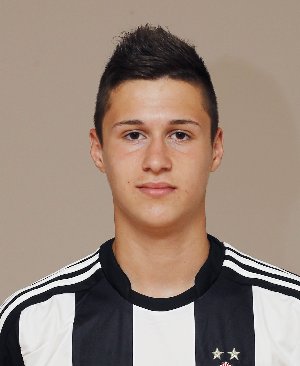 A news report, published by an outlet which is funded by The Serbian National Council has reported that Chelsea have all but agreed to sign another promising young star to add to their burgeoning roster of talented teens.

Danilo will join Matic and Ivanovic . If he signs a contract, the young footballer will first go on loan to Vitesse

It would make sense that the player would go to Arnhem who have strong links with Chelsea. But Partizan fans will be miffed that he doesn’t stay at his current club join loan to continue his development in familiar surroundings.

Remarkably, the 18 year old midfielder made his debut for the seniors in 2013. He’s played 18 times in the league for his side and scored two goals.

He looks like a disciplined midfielder who could play in front of the defence. But he is also already very comfortable on the ball and can slalom past a defender. He reminds us a little of Ramires in that he looks like an adaptable player who can fill in in several positions.

Let’s have a look at him in full flight. Chelsea fans: is the number of youngsters out on loan getting ridiculous now or, with such a good talent spotter as Jose Mourinho at the helm, are Chelsea building an impenetrable dynasty for the future?

Confirmed: Chelsea man admits club are interested in talented playmaker – report
Chelsea could realistically tie up €29.9m plus deal in this window – report
To Top