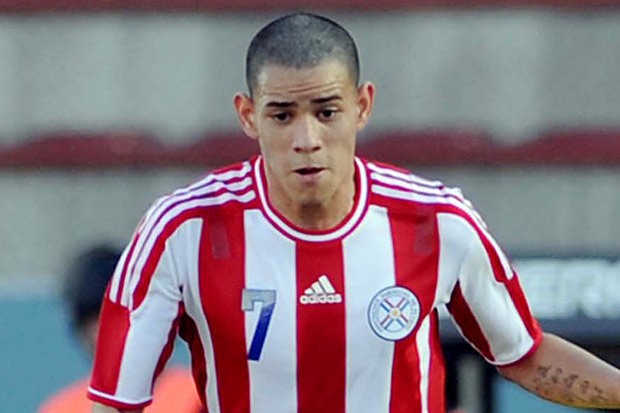 We are all for Arsenal’s policy of signing youngsters and bringing them through. But you have to say that, in terms of forward, The Gunners haven’t actually been that great at signing the stars of tomorrow.

They have great examples of defenders who have come through the ranks with Keiran Gibbs one player who is blossoming into an excellent player. Jack Wilshere and Cesc Fabregas developed into exciting and fully fledged internationals in the midfield.

But, up top, Yaya Sanogo is the latest example of a player brought in as a promising youngster and who may well never make the grade. Yet Arsenal manager Arsene Wenger is not to be perturbed, if latest reports are to be believed.

At just 18-years-old, Arsene Wenger is said to be looking at Sanabria as a name for the future.

The Paraguay international looks like he has decent technique and you never know how youngsters may develop. They could of course turn into bargain world-beaters.

But we feel that, in this window, Arsene should be focusing in the immediate job in hand – bring in an anchor man (there are several potentially available ones to choose from who could immediately improve Arsenal) and another defender to cover the centre back and right back areas.