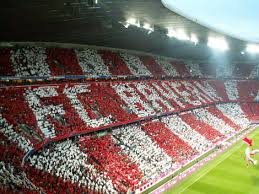 It’s safe to assume that Bayern Munich haven’t yet finished their business for the summer.

While they retain an immensely talented squad, with a raft of players on a high after their World Cup victory, a club of this size is always looking to strengthen when the right players become available.

And the latest reports in England suggest that the club could add two to their flock.

The Daily Mail reports that Bayern Munich are in talks with Atletico Madrid over the signing of their excellent centre back Diego Godin. They say:

The 28-year-old has been targeted by Pep Guardiola as a replacement for Javi Martinez, who has been ruled out for the rest of the year with injury.

While his partner Miranda took a lot of the plaudits for Madrid’s fine season many believe Godin to be an even better player.

Meanwhile, despite serious interest from some of Europe’s big guns it appears that Bayern could be the preferred choice of the brilliant German international Sami Khedira. The Express reports:

SAMI KHEDIRA is eager to leave Real Madrid for Bayern Munich this summer – and snub a move the Premier League.

The 27 year old proved beyond doubt that his injury problems were a thing of the past with some imperious displays in The World Cup. Khedira was an integral part of the German side in Brazil but the arrival of Toni Kroos and form of Luka Modric means that the future is a little uncertain for the player at Real Madrid.

Whatever the price this signing would represent good value for the player as he’s a world class performer at the top of his game.