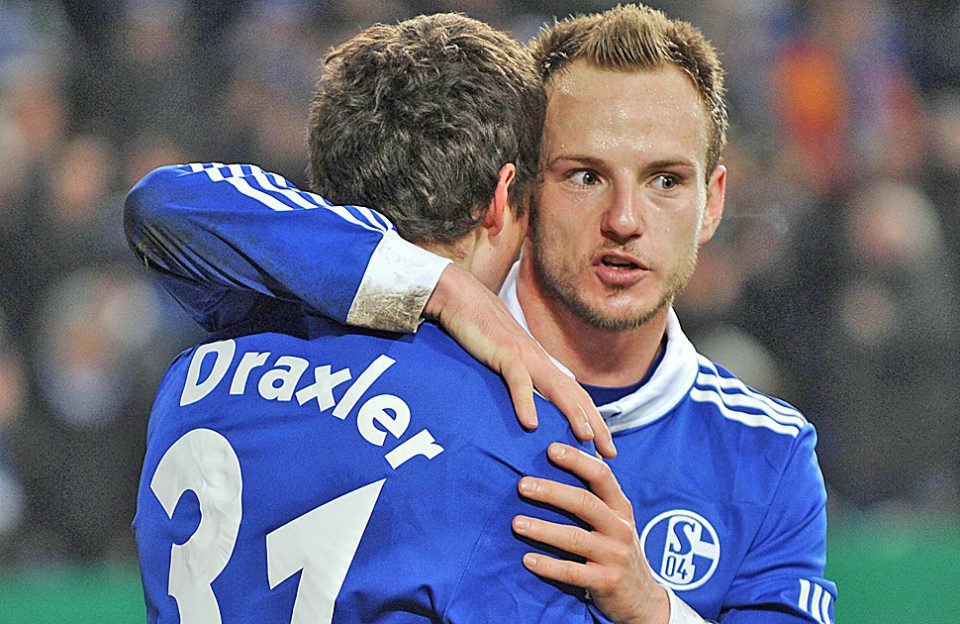 With the transfer window now just a matter of weeks away names are being thrown about left, right and centre, in relation to the big clubs. And, the bigger the club, the bigger the name usually being linked.

Manchester United themselves have been linked with some excellent midfielders. But whether they will actually be able to sign their preferred targets in January remains to be seen. It’s traditionally a very difficult time to get top players in because of their commitments to other clubs and competitions. Players may be even more keen to stay at their current clubs in a pre-World Cup season.

So Manchester United may not be able to sign the household names that all the fans want this winter. That is perhaps why today’s link has surfaced.
Various reports suggest that Manchester United are in a three way battle with Chelsea and Liverpool to sign Sevilla captain Ivan Rakitic.

The 25 year old who has played 59 times for Croatia, scoring 9 goals, isn’t exactly a low-profile player himself. Even at his fairly tender age he has already played in Switzerland with Basel, for Schalke in Germany and in Spain. He’s scored 43 times in just over 200 club games – a very decent return.

Reports in Croatia suggest that Chelsea and United have been alerted to the impact Rakitic is having in La Liga this season and hope to bring him to the Premier League.

Meanwhile, Liverpool were linked with the 25-year-old over the summer after reports emerged that Rakitic was unsettled following the departures of Jesus Navas and Alvaro Negredo

We could definitely see Liverpool being interested in the player. And while Chelsea have a plethora of midfielders, they are still regularly being linked with more. But the need at Manchester United to buy a creative midfielder is surely the most acute. With Sevilla not competing in The Champions League, the player himself may well fancy a move in January.

Let’s see him in action. Do you think Rakitic would most suit Chelsea, Liverpool or Manchester United?