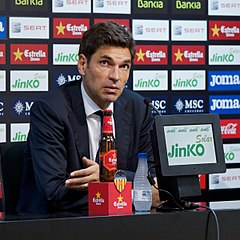 Mauricio Pellegrino’s Southampton reign is still in its infant stages, his side sitting 12th in the Premier League.

The Argentine was brought in to replace Claude Puel partly because of dissatisfaction at the Frenchman’s lacklustre style of play, but the Saints have failed to score in five of their eight games in all competitions so far this season.

Pellegrino is likely to bring in attacking reinforcements in January, with Shane Long and Sofiane Boufal both yet to score a league goal this term, Manolo Gabbiadini and Charlie Austin finding the net once apiece.

The Express claim they will turn to Theo Walcott, who left the South Coast as a teenager in 2006, for a reunion, with the Arsenal forward set to cost between £12-15million.

The 28-year-old, who has 18 months left on his contract, has drifted out of contention for England, which would make a move away from the Emirates appealing less than a year before the World Cup in Russia.

Arsene Wenger is yet to hand him a start in the league this season and he has been primarily used in the Carabao Cup and Europa League.

Southampton could face competition for his signature from Inter Milan, West Ham, and Everton.