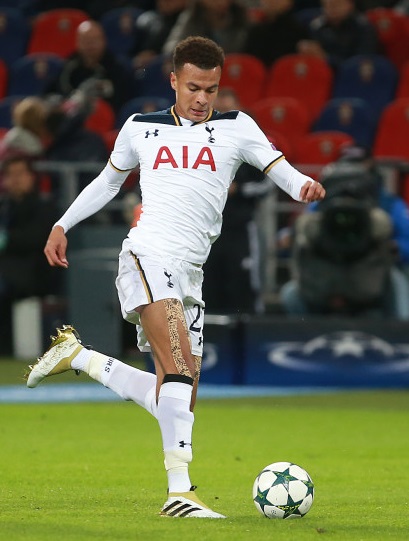 Tottenham must be growing increasingly anxious about Dele Alli’s future after the midfielder split from his agent earlier this summer.

Rob Segal had represented the 21-year-old for six years, going back to his time at MK Dons as a teenager.

While it’s far from a guarantee that the England international wants to leave north London, it’s certainly a worrying sign. Alli could now be snapped up by a ‘super-agent’ who would no doubt try and lure him into a big money move.

The Mirror report that as a number of agents circle the starlet, they have told him that if he does decide to leave Spurs, they can earn him a move to either Real Madrid or Manchester United.

With the prospect of silverware and significantly higher wages on the table, it could be very difficult for Mauricio Pochettino to convince his young talent to stay.

That said, working under Pochettino is quite possibly the best place for him, as there are few better managers in the game for what Alli needs right now.

He’s scored three goals in all competitions so far this season, though he was noticeably poor in the recent goalless draw with Swansea.

United have been linked with a number of playmakers, while Real have taken both Luka Modric and Gareth Bale off Tottenham’s hands in recent years.