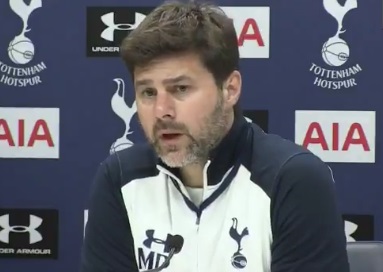 The attacking midfielder has been shining for his current side’s under-18s, scoring 18 goals and assisting another 21 last season.

The 17-year-old is now playing for the under-19s, for whom he has been just as much of a revelation.

It’s well known that Mauricio Pochettino wants one more option behind Harry Kane, though the Argentine is also reluctant to rush youngsters into the first team, with the talented Marcus Edwards just one example of that.

Bremen’s academy director Bjorn Schierenbeck refused to rule out a switch to the Premier League for Philipp, even if he hopes he’ll be staying in Germany.

“I wouldn’t want to rule out the interest in David from the English clubs,” he said, quoted via the Sun.

“But I don’t know exactly how firm it is. We would be very eager to continue working together with David.

“We have already held talks with him, and explained what his future career with Werder can look like.”

Jurgen Klopp continues to monitor the Bundesliga closely and he has shown at Liverpool that he is more than willing to give youngsters a chance.

If Philipp continues to impress, it’s likely these won’t be the only top European clubs keen to take him off Bremen’s hands.