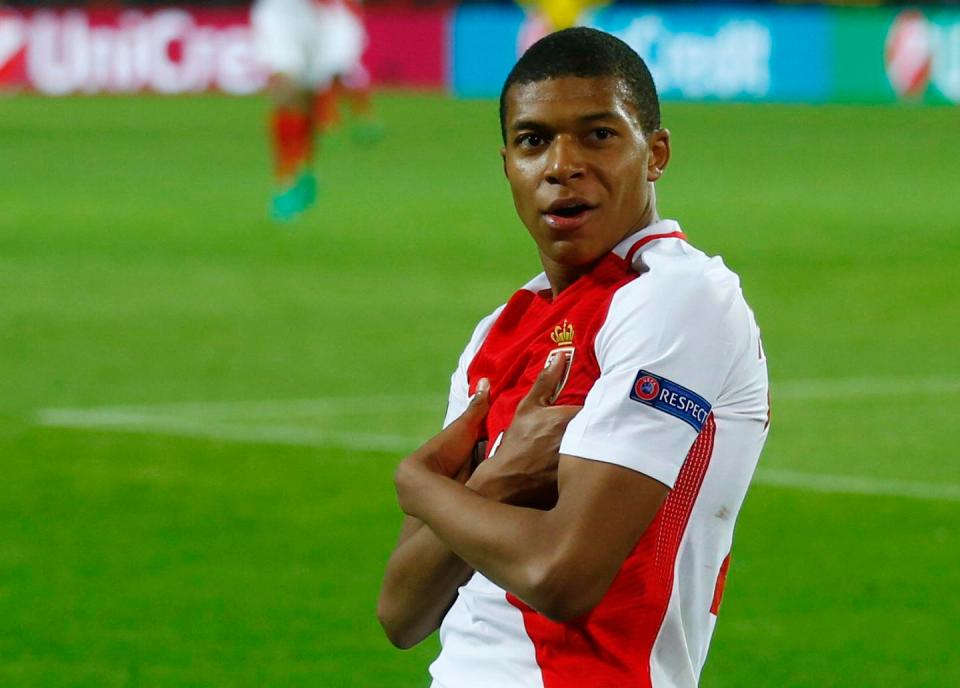 Kylian Mbappe’s transfer from Monaco, if it happens, will go down as one of the most highly anticipated moves in recent memory.

The 18-year-old scored 26 goals in all competitions last season, form which has attracted Real Madrid. The Telegraph report that the striker is still expected to move to the Bernabeu if he does indeed quit the principality club.

Yet, the newspaper also claim that should he decide to move to the Premier League instead, then Liverpool intend to speak to him and hope to beat Arsenal to his signature.

Mbappe’s priority is making sure he is guaranteed regular game time, and it goes without saying that he would have more chance of that at one of the two English clubs rather than at Real.

Jurgen Klopp has put his faith in Liverpool’s young talent on numerous occasions this season, which could be a selling point to a player who, remarkably, is still learning the game.

Marca claim the Reds have already made two offers to Monaco – including one of 100million euros, but both have been rejected.

Liverpool have already bolstered their attack after finally completing the signing of Mohamed Salah from Roma.

The best players available on a free transfer this summer
Is Gylfi Sigurdsson worth £50million?
To Top