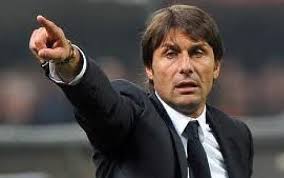 Further doubt has been cast upon the futures of Cesc Fabregas and Nemanja Matic after Chelsea reportedly agreed a deal for a new central midfielder.

TuttoMercatoWeb are claiming they have an exclusive that says terms have been agreed with Tiemoue Bakayoko of Monaco.

The 22-year-old has recently made his way into the French international squad to replace the injured Paul Pogba, and that has only raised his profile even further.

It’s precisely because he’s so highly-rated that he could cost as much as €40million, or nearly £35million.

The source suggests he’ll commit to a five-year deal, and the thought of him playing alongside N’Golo Kante is certainly a tantalising one.

Kylian Mbappe’s rise has somewhat overshadowed that of his more understated team-mate. Mbappe may be the goalscorer, but Bakayoko has been absolutely crucial to Monaco’s surprise title charge.

Paris Saint-Germain may not have been at their best since Unai Emery took over, but all the same, few would have backed Monaco to be where they are.

Bakayoko was impressive in the Champions League win against Manchester City, and that may have forced Chelsea’s hand to act quickly before other English clubs moved for him.