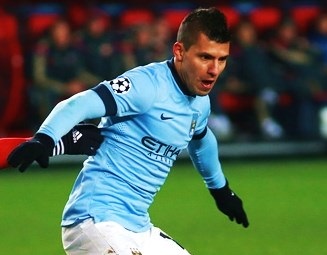 If Pep Guardiola has learned anything from his handling of Manchester City’s goalkeeping situation, it should be that Sergio Aguero needs to be handled with care.

The striker is still the club’s top scorer this season despite being outshone in January by new signing Gabriel Jesus.

And while Aguero is under contract at the Etihad until 2020, it’s still possible that he’ll leave in the summer.

The Argentina international hit a brace in the 5-1 FA Cup win over Huddersfield on Wednesday night to put himself firmly back in Guardiola’s thinking.

Yet, despite filling Jesus’ boots pretty well since his return to the starting line-up, Aguero admits he still hasn’t been spoken to about his future.

“My intention is to stay but it is a long way away. I have three months to give my best and as I always said in June it will be seen,” he said, quoted by the Sun.

“The club can say what it wants but in June they will have to meet with me.

“One thing is that the club officially says it – and another thing is to tell me.”

When the question was put to him over whether he’s been told City want him to stay, he added:

“No, no. All I have to dedicate to is playing football.”

City’s official line is that they have no interest in selling the two-time Premier League winner.

Unless they make him feel a little more wanted, they may have no choice, as there will be no shortage of takers come the end of the season.