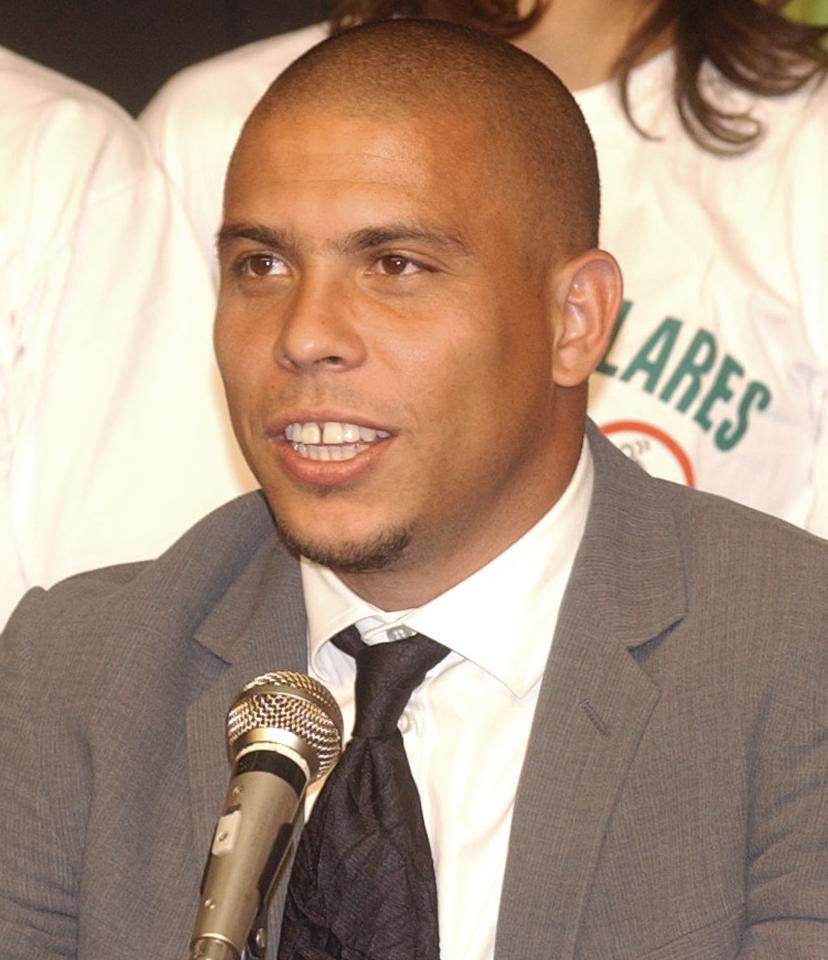 Putting together a dream team of football’s all time greatest XI is always going to be a tall order.

Narrowing down to just a pitchful of players inevitably means some of the game’s biggest names are going to be left out.

Brazil legend Ronaldo has been giving his thoughts on the ultimate eleven to ever grace the field, but as expected, there was one notable omission.

Of the two greats of our generation, Lionel Messi and Cristiano Ronaldo, only one made the grade – and it was the striker’s namesake Cristiano who missed out.

Maybe Ronaldo bears a little grudge ever since the Portuguese superstar confined him to history as the ‘fat Ronaldo’, although to be fair, he admits he doesn’t watch a lot of modern day action, hence why most of the players who do feature are ones he himself played against.

Brazil’s iconic World Cup battles with Italy have clearly left a mark on the former striker, with a number of Azzurri legends featuring.
Anyone hoping for an explanation of his choices is going to be disappointed, however, with the ex-Real Madrid superstar insisting simply: “the players I will choose, they don’t need reasons.”

Without further ado, here are the XI players deemed the greatest, by none other than one of the greatest strikers of all time.

Buffon is one of the few selected who is still playing today, putting in some unreal performances for Italy at Euro 2016. The 38-year-old has won nine Serie A league titles as well as a World Cup.

Cafu is Brazil’s most capped player, so it’s no surprise he gets a mention. The right-back spent much of his career in his native country before moving to Roma and subsequently AC Milan, where he became a legend of European football too.

Maldini is still the ultimate example for any centre-back, widely regarded as AC Milan’s greatest player ever at a time when the club was at its peak.

Cannavaro replaced Maldini as captain of the national side and then guided Italy to a World Cup win in 2006, picking up the Ballon d’Or in the same year, an incredible feat for a centre-back.

Ronaldo’s Brazil team-mate may have been a left-back, but his eye for goal was second to none, coming up with some insane free-kicks over the years, including an absolute screamer against France.

Maradona’s inclusion certainly doesn’t need any explanation. The Argentinian’s ability to take on four players at a time was legendary and other than Pele, it’s difficult to think of another player better than him.

The Real Madid icon may not have ended his career how he would have liked with his notorious headbutt on Marco Materazzi in the World Cup final, but that doesn’t take anything away from his achievements.

Pirlo is one of the most graceful operators of the ball in the world, effortlessly controlling the many midfields he played in.

Ronaldo clearly considers Messi to be the world’s greatest and while that might irk Ronaldo fans, there can be few arguments that the four-time Ballon d’Or winner deserves a place in the all-time XI.

Pele is quite simply the greatest goalscorer of all time and virtually a God in Brazil, so no-one will question why he’s made Ronaldo’s list.

11. Ronaldo
There might be something a little vain about Ronaldo choosing himself, but in fairness, he was until recently the highest-ever scorer at the World Cup with 19 goals, finally being surpassed by Mirsolav Klose.