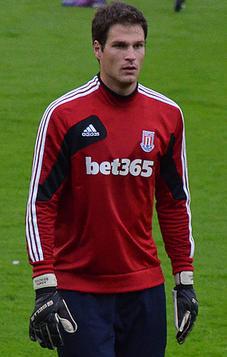 If Chelsea were trying to keep their deal for Eduardo under wraps, then their plans have been blown out of the water by his current club Dinamo Zagreb.

The Sun report that the goalkeeper is on his way to Stamford Bridge, as confirmed by his manager Zlatko Kranjcar.

The 33-year-old stopper will serve as a back-up to Antonio Conte’s first choice Thibaut Courtois.

Of course, that brings into question the future of Asmir Begovic, who is unlikely to settle for third place at Stamford Bridge.

The former Stoke man could be offered to Everton as a makeweight in the Romelu Lukaku deal after Loic Remy decided he would prefer to stay in London, opening up a potential switch to Crystal Palace.

Begovic’s move may depend on whether the Toffees bid for Man City’s Joe Hart, as expected, but the Bosnian would be just as good an addition to Ronald Koeman’s squad.

Eduardo, given his age, is happy to deputise for Courtois and has previously played in Italy with Genoa, and it may have been there that he first impressed Conte.