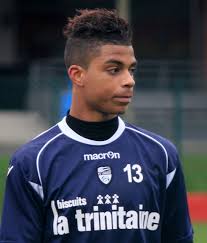 It’s probably best for Arsenal fans to go into hiding for the next few days.

The Gunners were booed off the pitch following a 4-3 home defeat to Liverpool in their first game of the season, with the Emirates faithful vocally demanding Arsene Wenger spend some money before it’s too late.

It’s fair to say the Frenchman has been just a little half-hearted in his transfer business this summer and tensions have finally come to a head.

Unfortunately for Wenger, reports in Italy aren’t going to aid his cause, with CalcioMercato reporting that Watford could now hijack his bid for Mario Lemina.

Arsenal’s bid of €16million was rejected by Juventus for the central midfielder, but the Hornets are set to offer €20million.

The Gabon international scored twice in ten games last season and looks like a promising talent, but he probably still shouldn’t be Wenger’s priority.

At 22 years old, Lemina isn’t the kind of leader Arsenal need and what’s more, he doesn’t play up front or in defence, which are the two areas which need strengthening.

It will still be a significant blow, though, if Watford outbid them, and it could be a worrying sign of a potential power shift in the Premier League.

Galatasaray want Fellaini – but should United sell him?
Jose Mourinho reveals his plans for Memphis Depay
To Top