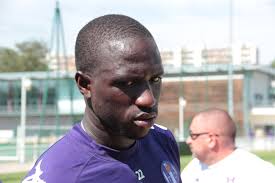 The name Moussa Sissoko won’t mean much to a lot of football fans, because he didn’t make all that much of an impact this season.

His crowning moment, however, was suddenly putting in the performance of his life on the final day of the season as Newcastle beat Spurs 5-1.

It looks like Sissoko had an epiphany that the transfer window was about to start, and that’s because, in his own words and nobody else’s, he’s too good for the Championship.

Sky Sports report that Sissoko has issued the ultimate come-and-get-me plea, not to a bottom half Premier League team so he can at least stay in the top flight, but to Arsenal.

“I have reached a level where playing in the Championship would be difficult for me. I need to continue to evolve. I aspire to play for the greatest European clubs and to continue with the French national team”, he said.

He probably shouldn’t wait up for a call from Arsene Wenger, who is probably as confused as everybody else.

Sissoko spoke about the “beautiful Arsenal”, whom he wants to join because Patrick Vieira is his idol.

Vieira used to make more than one showing a season, though, and that’s probably the difference.