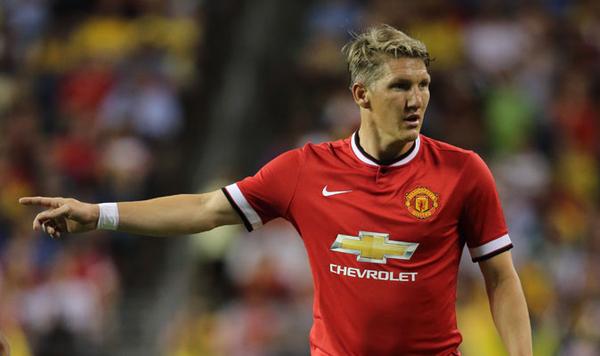 It hasn’t been the most impressive start to a Manchester United career ever.

But there is just something about Bastian Schweinsteiger that makes you feel he’s going to be a star at United.

It’s obviously got something to do with the fact that he has won almost every honour at national and international level and led Germany to The World Cup title last summer.

But he also seems desperate to make a name for himself all over again at his new club.

Fitness issues have hindered his progress so far but he gave a positive update when speaking to MUTV this week:

I had three or four days in America where I had this injury and it was not so good for my rhythm. Now I feel much better and also the game was very important to play 30 minutes. The training sessions are very important for me, too. I’m getting better and I hope I will be 100 per cent fit in the next week.”

Basti wasn’t the overwhelmingly imperious presence that Manchester United needed to see out the game against Spurs on Saturday.

But he did have a calming effect on the side with his composure.

He also made some neat interceptions and will surely grow into the role of midfield general at Manchester United in the coming months.

Because he didn’t come to Manchester United to sit on the bench and, at 31, he still has so much to offer.

Let’s see some highlights from his competitive debut for Manchester United against Tottenham.