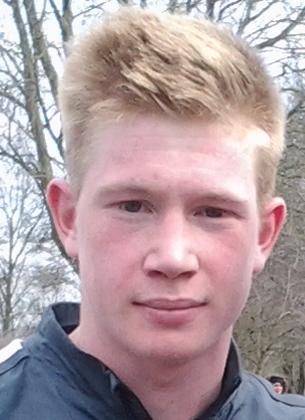 It’s been one of the bigger transfer stories of the summer, even though there has been nothing concrete from either club about a move.

But the addition for Manchester City, of Kevin De Bruyne, seems like the perfect signing to complement Raheem Sterling on the other flank.

Manchester City want to offer better service to the likes of Sergio Aguero next season, while also sharing the goals around a bit more.

And, to this end, there can be few better players on the market than De Bruyne.

He hit 16 goals and got a whopping 27 assists last season and it’s difficult to imagine him not being a hit at City.

He has spoken about the speculation and added fuel to the fire about a move:

“I am not the one telling the people I am definetely going to stay. Just to move on two weeks later. You always have to keep these things without a definitive statement. I believe people know the way I am. I am just trying to stay loyal and tell the truth.”

Stressful times for a player who clearly doesn’t know where he will be playing his football next season. But with Manchester City not yet making their bid public, it’s difficult to know how serious they are about the player.

One of the best in Europe last season

His transfer fee may seen as prohibitively high and recent reports of interest in Real Madrid midfielder Isco, may represent a shift in targets for Manchester City. Mercifully, for all involved, the business for this window will soon come to a head.

Let’s see the lad in action in some older footage.