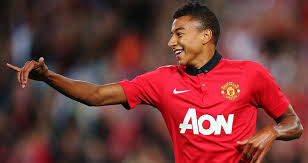 We have heard from a lot of Manchester United fans who believe that Jesse Lingard deserves a chance in the first team.

He does admittedly tend to do well in pre-season.

But he got injured at the beginning of the last campaign, just as he was given a chance in the Manchester United first team against Swansea on the opening day. And he has only had a whiff of the first team since.

We are of the opinion that, while he has quality, he is not of the requisite level to be an important player in the first eleven for Manchester United.

And The Sun reports today that Manchester United will allow him to leave the club this summer – possibly for Bristol City.

MANCHESTER UNITED are ready to sell midfielder Jesse Lingard to Bristol City in a £2.5million deal.

Boss Louis van Gaal cleared the England Under-21 starlet to leave Old Trafford yesterday and he will sort out terms on the move immediately.

At 22, Lingard has been floating around the youth and reserve teams for years.

But he’s only played once for the first team and had four loan moves over the last 3 seasons – all to The Championship and all with decent results.

But the fact that few Premier League clubs appears to be showing a serious interest – only Newcastle may be keen – possibly speaks of his natural level in the game.

He may of course step up.

But what he needs now is game time and experience.

With Manchester United going for the title this season, he is unlikely to get that at Old Trafford and looks set to be the 26th player to leave the club under Louis van Gaal’s watch.