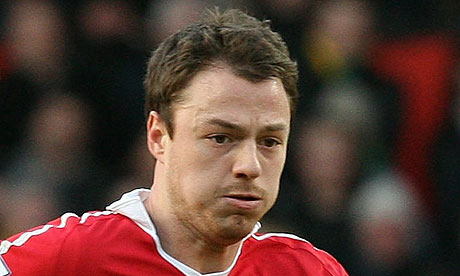 This deal makes a lot of sense for Manchester United.

Because how much better would it be for the club to sign a player who can spend a decade at United rather than just a couple of seasons?

We refer, of course, to John Stones and Sergio Ramos.

And the trump card that Manchester United have over their rivals, according to The Mirror, is Jonny Evans.

And they are prepared to offer out-of-favour Jonny Evans as bait in a player-plus-cash deal to try to beat off competition from Chelsea and Manchester City.

In a portent of his current standing at Manchester United, Evans didn’t get any minutes in the last two games of the pre-season tour in America.

He had a poor season and Louis van Gaal is clearly looking at other options. But Evans can easily recover his form and, at his best, he’s top quality.

The Guardian wrote this week that, after letting Sylvain Distin go to Bournemouth:

The Everton manager has been seeking to buy a new defender, not sell one

We all know how hard it can be to buy top quality players and if Martinez does become resigned to losing Stones then perhaps Manchester United’s offer of cash plus a very good player, will suit them best.

It has been reported in various sources that Stones may be allowed to leave if a club stumps up 48m Euros (£34m) for the central defender who, at just 21, has four caps for England and is destined for the very top.

We wait with bated breath to see what happens here.

PICTURE: Manchester United’s best team vs Tottenham based on pre-season – surprise on the wing
Manchester United: Major deal should be completed this weekend according to respected source
To Top