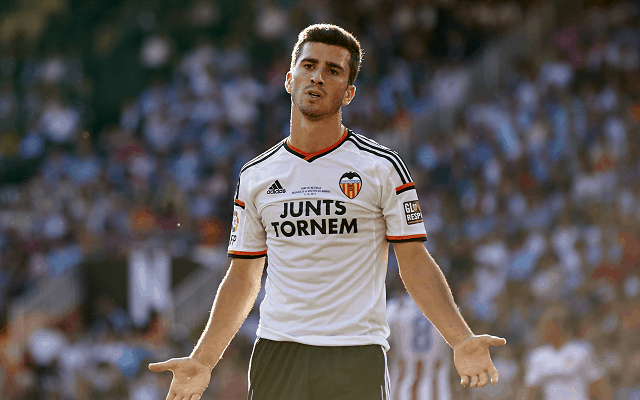 Arsenal look as if they could be one of the busiest Premier League outfits in the coming days as the transfer window draws to a close.

With Gabriel Paulista seemingly in the bag, Arsenal are reportedly turning their attentions to a brilliant young left-back.

ARSENE WENGER remains optimistic he can pull off a bargain deal for Valencia starlet Jose Luis Gaya before the end of the transfer window.

The 19-year-old left back is considered one of the brightest talents in Spain not already playing at Real Madrid or Barcelona.

Kieran Gibbs is maturing into a fine player for Arsenal but Nacho Monreal has been an underwhelming performer since arriving from Malaga in 2013. Let’s hope that new La Liga import, Paulista, has more of an impact.

We fully expect Arsenal to offload Monreal before too long and this youngster could represent the perfect understudy to Gibbs.

Jose Luis Gaya has only played 26 games in his senior club career – all of those for Valencia – since his debut in 2012. But he has come to the boil in recent months and looks as if he could be an absolute terror down that left flank in years to come.

He’s played at every youth level for Spain and will be pushing Jordi Alba for a place in the senior squad before long if his progress continues apace.

Let’s take look at the lad in a action. Arsenal fans: a decent buy or should Arsene be looking for a midfielder as a priority?

Arsenal: Deal Confirmed
Arsenal plotting move for one of the best players in the world according to latest report
To Top