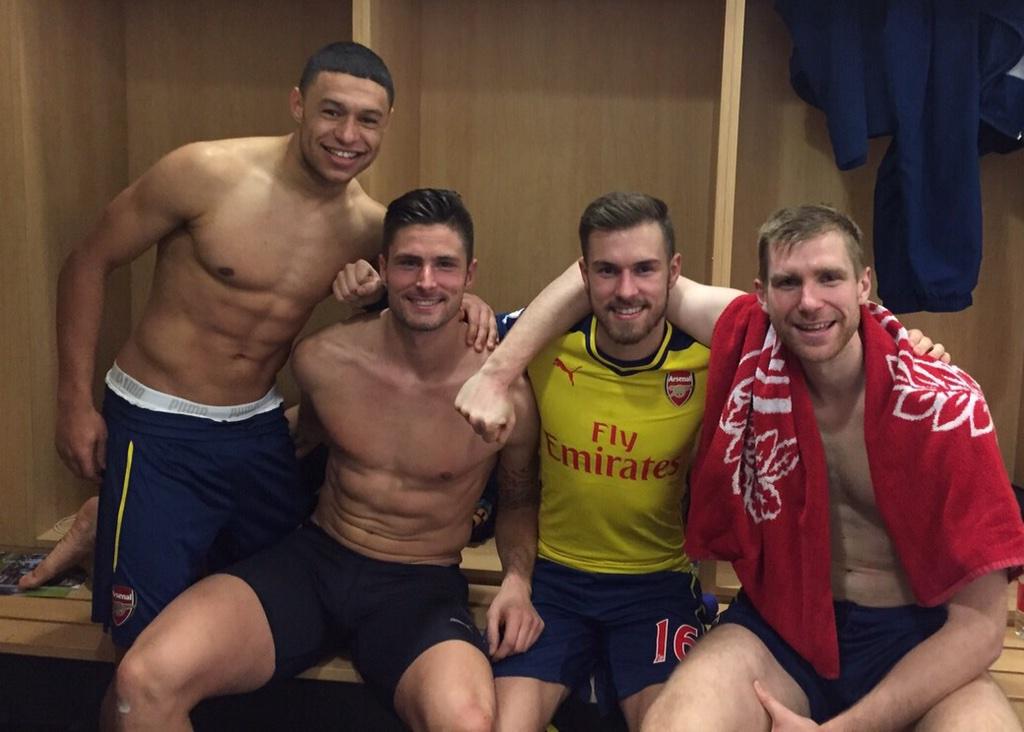 Arsenal aren’t supposed to beat the big boys are they? Especially away from home. After years in which they have done well against the minor but come badly unstuck against the more substantial sides, very few thought that they would come away from The Etihad with anything on Sunday.

In the lead up to the game we wrote that, with key players missing for City, Arsenal had their best chance to win in years. But we still didn’t hold out much hope that they would.

So we, along with many Arsenal fans, were beginning to think that we might never see a picture of Arsenal stars smiling in the away dressing room of a big club, after the game. So here it is, posted on Twitter by Aaron Ramsey:

Some say that the penalty was dubious. But the great thing about Arsenal was their hitherto lacking sense of resolve against a side that is so celebrated for its attacking football.

Coquelin has taken many of the plaudits for his disciplined job in the Arsenal side. But, in truth, everyone in the team stood up to be counted. We so often feel that Arsenal don’t really BELIEVE that they can go to a Chelsea or City and take the points. But their resolve and confidence seemed to grow with every passing minute at City and they deserved the result against a City side that was missing the still crucial drive of Yaya Toure.

Well done Arsenal. Is this really the breakthrough that Arsene Wenger has been waiting for for years? Not sure on that one but this result certainly can’t hinder their belief. A top four finish looks ever more likely for Arsenal. And with the likes of Walcott and Ozil back, the squad looks stronger than ever.

Arsenal: Talks planned with potential signing on Monday as player remains coy on rumours – report
Broadsheet Report: South American talent says his agent is talking to Arsenal about a transfer
To Top