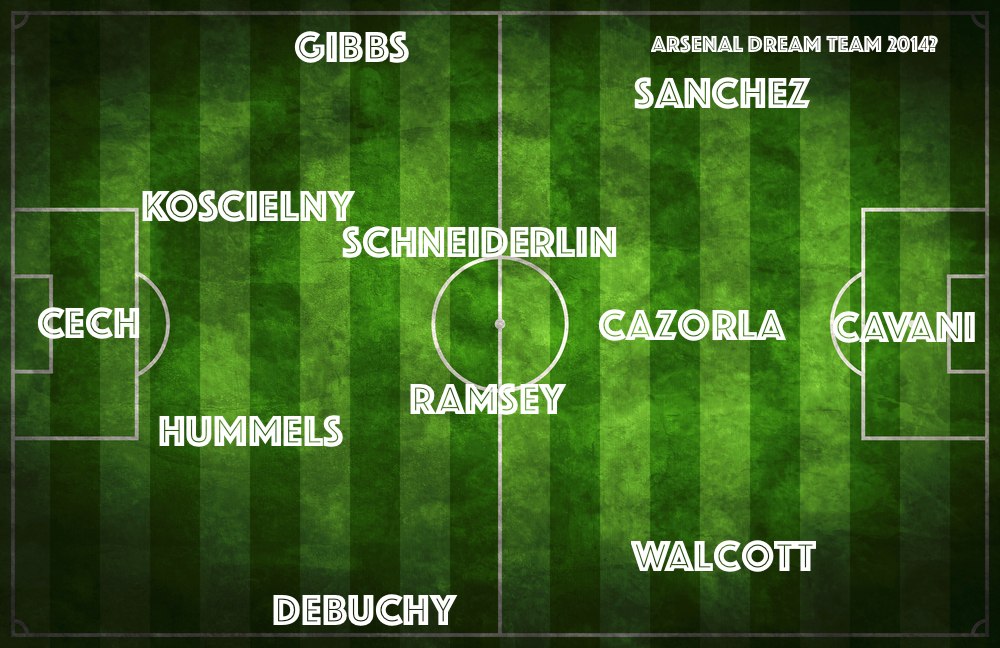 It may be fanciful to suggest that Arsenal will spend megabucks in a traditionally difficult transfer window. But, if we were in Arsene Wenger’s shoes, we would be throwing caution to the wind and buying big this winter. Because, despite all that he has done for the club, he has arguably got his team stuck down a cul-de-sac right now and many of the fans are getting restless. If the second half of the season goes like the previous half dozen then he may find his position untenable by the summer.

It’s difficult to imagine him being sacked outright. But he could well be forced to step aside if there isn’t any discernible progress this year.

The funny thing is that all of the players that Arsenal need are gettable – at the right price.

Edinson Cavani – looking around Europe there are few better players who are potentially available than this guy. A beast of a forward, he can score goals in the tightest of games when his team is up against – Arsenal don’t currently have player like this.

Morgan Schneiderlin – Supreme passer of the ball and a disciplined marshall of the defence. We think that if Arsenal signed him they could expect to concede at least 10 goals fewer each season. And, crucially, that means more points too.

Mats Hummels – Ok, this guy has a great choice of clubs if and when he does decide to move on from Dortmund. But, the question remains, how much do Arsenal WANT IT? If they want to win things they need a titan at the back and Hummels is absolute mustard. He’s quick, solid and a great reader of the game and passer of the ball.

Petr Cech – Chelsea may not want to sell to Arsenal but football is progressively more about player power. If Arsenal could seduce Cech into a move then there is little that The Blues could do about it.

It seems so simple in theory. But with these four in the side Arsenal fans could start to enjoy the big matches again.

Here is the line up. HOW MUCH DO YOU WANT IT ARSENE?