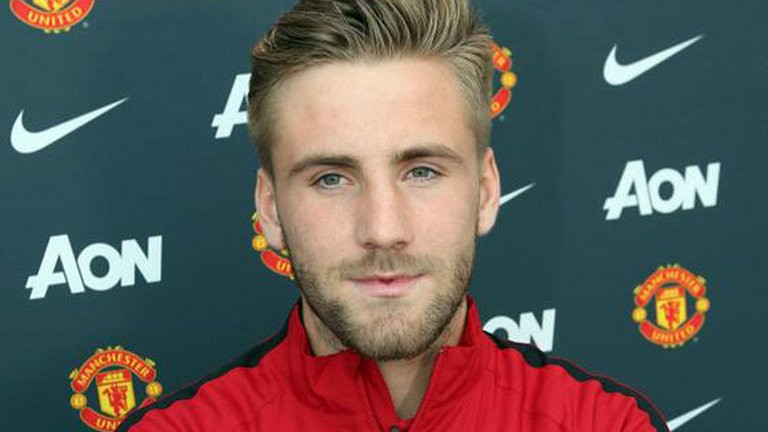 Manchester United have turned their season around and one of the most positive elements of this transformation is that they have done so largely without the big money signings.

Angel Di Maria has been out for over a month and Ander Herrera has also been a peripheral figure this season. If these two perform consistently in the second half of the season they will be akin to two new signings. The other big money signing who has been forced to watch from the sidelines is Luke Shaw.

He has spoken sympathetically about stand in left back Ashley Young’s recent injury but says that he can fill the void:

“I need game time now. I had 60 minutes against Stoke and that was pre-planned.

“If I had been able to go on longer then I would have done, but I think the main thing for me now is to get a run of games together.

“It was a great feeling watching the team do well [in my absence]. We always want to win the games and now I am back fit I want to be a part of the winning run.

“There’s massive competition for me. I think it’s a big credit to Ashley Young. He has been superb, one of our best players for the last four or five matches.

Many think that Manchester United spent so much on this lad simply because he’s got so many years of solid football ahead of him. But that would do an injustice to his overall ability. This is a player to get very excited about. When he’s fit and firing he will regularly destroy the opposition with his pace and precision. In short you ain’t seen nothing yet.

We at soccersweep are massive fans of the lad and think that, fitness permitting, he can be one of the stars of Manchester United’s season. He just needs a bit more luck with injuries and then everyone will be talking about him.

Let’s see some highlights of his Manchester United career so far.