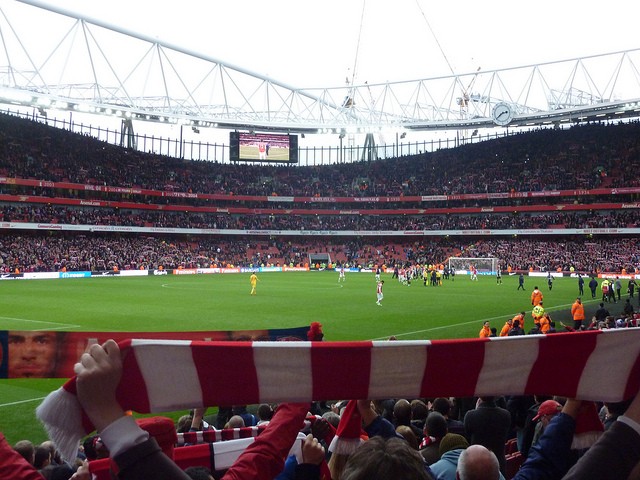 Arsenal look as if they will bolster at the back before the window closes – possibly with the signing of Greek international centre back Sokratis Papastathopoulos.

But there has been a huge clamour from Arsenal fans for Arsene Wenger to also bring in a top striker now that their main number 9, Olivier Giroud, is crocked.

A midfielder would be nice too but the greatest need appears to be up top. There have been all sorts of rumours flying around in relation to the sensational Radamel Falcao who would undoubtedly improve the front line. But another name that has been linked – and who would make it extremely hard for Giroud to get back in the side – is Edinson Cavani.

The Metro reports today that Cavani to Arsenal could be on.

Statistically Cavani has settled in well to PSG scoring 17 goals in 31 league appearances for the club. But there is a feeling that he hasn’t settled on a personal level and another league may beckon.

At 27 he’s the finished article and one of the best strikers in the modern game. He’s quick, powerful and has an almost telepathic relationship with the goal. But he’s also a team player who works hard and can play in various positions – as we saw in England’s game against Uruguay at The World Cup.

Needless to say that he would be a fantastic addition to the team and take Arsenal into the realms of serious title contenders.

Let’s see him in action. Arsenal fans: dream signing or would you rather Falcao?