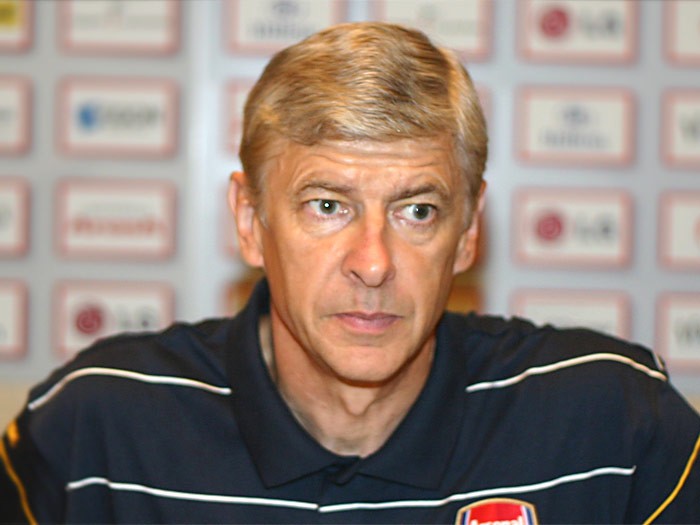 After recording a surprisingly comfortable victory over Manchester City at the weekend Arsenal manager Arsene Wenger looks pleased as punch.

We have always had such respect for this honourable man, in a ruthless business, that we really do hope Arsenal succeed this season.

But we are still concerned that the glee may turn to consternation if Arsenal don’t bring in a couple more players.

Dare we say it again – that spine needs strengthening. A centre forward, a holding midfielder, another centre back and even one more keeper would be ideal.

We think that Arsenal should try to sign Petr Cech. But there have been persistent rumours that Wenger might go for Iker Casillas.

A year, or even six months ago, we would have said this was a great idea. But Casillas has had such a bad year that we wonder if he is now in terminal decline at the age of 33.

But let us not forget that this is one of the best keepers that the world has seen over the last 30 years. Before the recent spate of errors he was the number one keeper at Real Madrid for over a decade and kept the world-class likes of Valdes and Reina out of the Spain side.

So, if Wenger can revive the player and give him back his confidence, Casillas could well be pushing for the number one spot at Arsenal in 6 months. But, as things stand, he looks like his head’s gone.

Nevertheless, Skybet have installed Arsenal as favourites to sign the player, if he does leave his club this summer, at odds of 2/1.

Let’s see him at his best. Arsenal fans: worth the punt?

Arsenal: Arsene in for Shock €31.2m Target – A-list talent – report
Arsenal: The next signing?
To Top