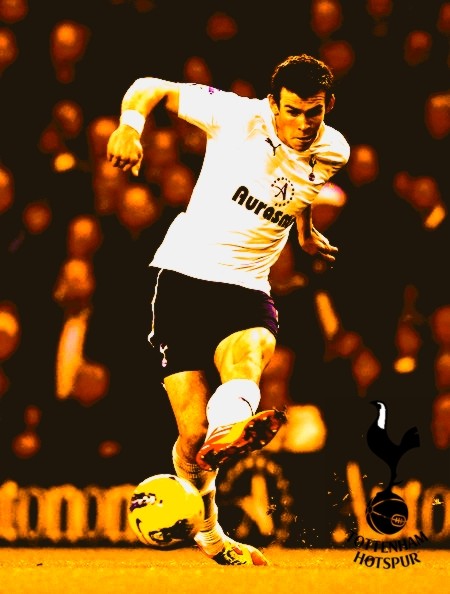 If David Moyes had managed to snare Gareth Bale when he took the job in the summer of 2013 things could have been a lot different.

Manchester United were of course frail in a couple of areas back then. But the dynamism, energy and penetration that he would have brought to the team would surely have seen them finish higher than they did. A top four spot maybe? And then we would surely still be talking about Moyes as Manchester United manager now.

Bale went to Real Madrid for a world record fee of course. But that hasn’t put a halt to the regular rumours linking him with a move back to The Premier League with Manchester United.

But, in a radio interview with Spanish station, Cadena SER, Bale has attempted to once more put to bed the idea that he will be leaving Real Madrid by suggesting that, as long as he is wanted, he will stay at the club.

I’ve done an interview recently crushing the rumours that I’m not happy here. I’ve got four and a half more years to go on the contract.’

‘I feel like I’m doing well on the pitch, I score goals, give assists, play each game in my way, it’s how I like it,’ he said.

‘Yeah, I feel happy, I feel the love from the crowd. I want to show them what I can do on the football pitch and win as many trophies as I can.’

‘The fans are amazing. I love playing at home, at the Bernabeu, and trying to score more goals, it’s what I love to do. It’s really exciting to play at home and to score goals.’

Bale has scored 36 in 72 in La liga – a phenomenal record for a wide man by Premier League standards – but has still been the subject of debate about his future. With Real Madrid linked with a move for Marco Reus there will alway be pressure on Bale to perform. But he would be an asset to any team in the world and it looks like he’s staying for now – bad news for Manchester United fans.