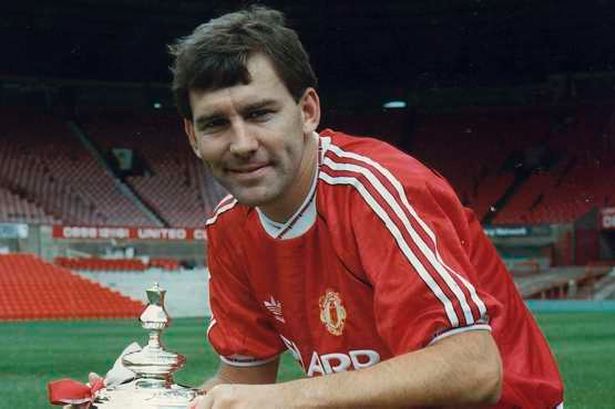 Bryan Robson was such a great player for Manchester United. A real dynamo in the side who would get from box to box all day long, defend like a crazy man and score goals when club and country most needed them.

He really was a Captain Marvel in the strictest sense of the term.

We remember him coming back after one injury absence and totally changing the fortunes of the team – he did it all the time – after a typically abject Manchester United run in the mid 80s Bryan Robson returned to mastermind a 5-1 battering of Southampton at Old Trafford which said it all about a one man team.

But that was the problem. Whilst he offered great impact in the games he played he wasn’t fit often enough to make a difference over the course of a whole season.

Fast forward a few decades and for Robson you can now read Phil Jones. Not a central midfielder but a true warrior, a future leader and a winner in the mould of Robson – someone who seems to have a massive career ahead of him – if he can avoid the sorts of injuries that have so far blighted his career.

But, ever since he joined Manchester United, regular knocks have been part and parcel of his full-blooded approach to the game. Just like Robson he burns so brightly, but for too little time. And the shoulder injury reminded us of Robson trudging off in Mexico ’86. By that time, he had already injured himself so many times that his body was becoming weak.

Like Robson, and like Rooney in his younger years, Jones doesn’t seem to be a able to play at anything less than breakneck speed.

It’s a credit to him as a player and as a man that he is so whole-hearted in his play. But it could also prove to be his undoing.

Against Hull he looked as if he seriously damaged his shoulder in a completely unnecessary challenge from a corner.

Jones has power, pace, great technique and is a true competitor. But you need to be on the field in order for any club to benefit from your services.

We would undoubtedly select Jones for the England team for the World Cup this summer if fit. He’s easily one of England’s most convincing defenders already.

But another reckless challenge has possibly put him out of a major tournament. The Manchester United defender really needs to learn from his mistakes and quickly.

Manchester United legends Patrice Evra and Rio Ferdinand will be staying on after this season if their omissions vs Hull are anything to go by
Manchester United’s team of tomorrow?
To Top